Westec Equipment has been manufacturing ATB systems since the late 1980s. These systems have been working in the Gulf of Georgia on the Canadian West Coast and have been providing Ro-Ro service between Vancouver Island and the Mainland of British Columbia.

While the operating conditions are not comparable to the Gulf of Mexico, the benefits of this type of operation are the same.

Westec's ATB units have proven reliable and effective in the service area they work in.

Our specialty is smaller tugs and barges on shorter, more protected routes. We are able to offer the operator all of the benefits of this type of connection at a much lower capital cost than larger more elaborate systems on the market.

An Articulated Tug Barge (ATB) system consists of a barge, for moving various types of cargos, and a tug that is positioned in a notch in the stern of the barge.

The ATB system utilizes an articulated connection between the tug and barge, this allows for rotation about a transverse pitch axis of the combined tug and barge unit.

This system allows the tug to propel and maneuver the barge, not unlike a conventional ship.

The benefit of this type of arrangement is an increase in speed and/or a reduction in fuel consumption when compared to a traditional tug towing a barge.

There is also a real saving in construction costs associated with this type of equipment. The barge and tug can be built in yards that specialize in this type of construction. The individual units are smaller in size, are quicker to produce and are less complicated than a comparable ship.

Crew requirements are typically the same as those of a conventional tug and barge as opposed to the higher requirements of a similar capacity ship.

Our principal of operation is similar to all of the other systems in use. Connect the tug to the barge with a positive clamp arrangement that will allow the tug to pitch independent of the barge while fixing the yaw and roll axis.

Westec uses two barge mounted "clamps." These clamps have large diameter articulated plates on the end of an extendable piston. This plate is covered with a heavy rubber cover that lands on a flat side plate on the tug.

The tugs side plate is also covered by a heavy rubber cover. This allows the two pins to extend onto the sides of the tug and "clamp" down on the tug. This clamping force is what holds the two units together. Once clamped, the articulated heads of the clamps can rotate about the transverse axis, allowing the tug to pitch independent of the barge while restraining all other axis of movement.

This system is relatively compact and does not intrude on crew space in the tug. The power units that operate the clamps are mounted on the deck of the barge as are the control panels.

Draft changes during loading and unloading are easily accomplished by retracting one clamp. After the load is set, the clamp is reengaged and the vessel is underway.

Multiple tugs and or barges can be used as the connection point is quite large and forgiving. This would allow for one tug to push different barges depending on schedules.

Our system is flexible enough that the mounting could be reversed and the clamps could be placed in the tug and the barge could have the flat area for the clamps to bear on. 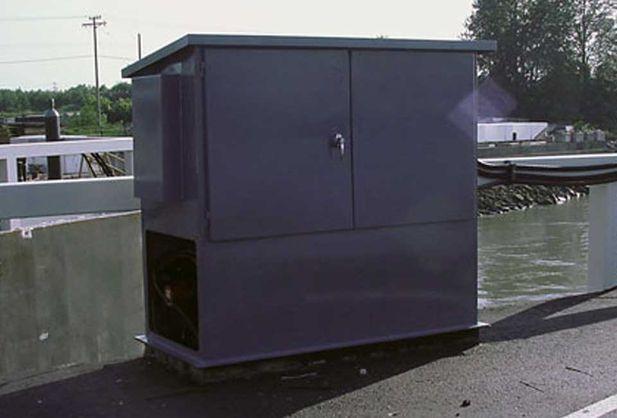 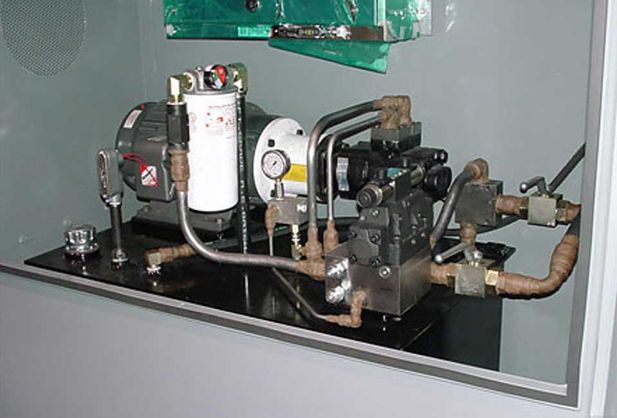 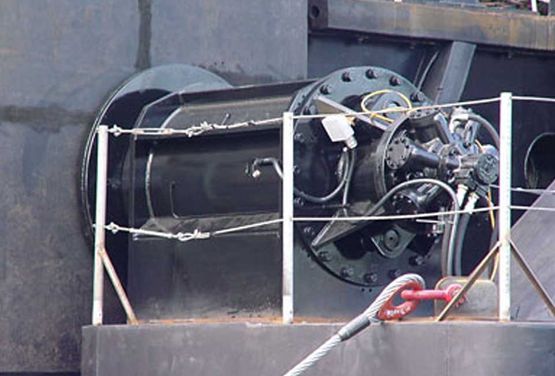 The information you are accessing is in downloadable PDF files.
You may retrieve these documents by clicking the following links:

If this does not work, you may need to click and hold (Mac) or right click on the link (PC), then choose "Download to Disk," "Save Target As...," or the equivalent.
If you do not have Adobe's Acrobat Reader, you may download it by clicking the following link: